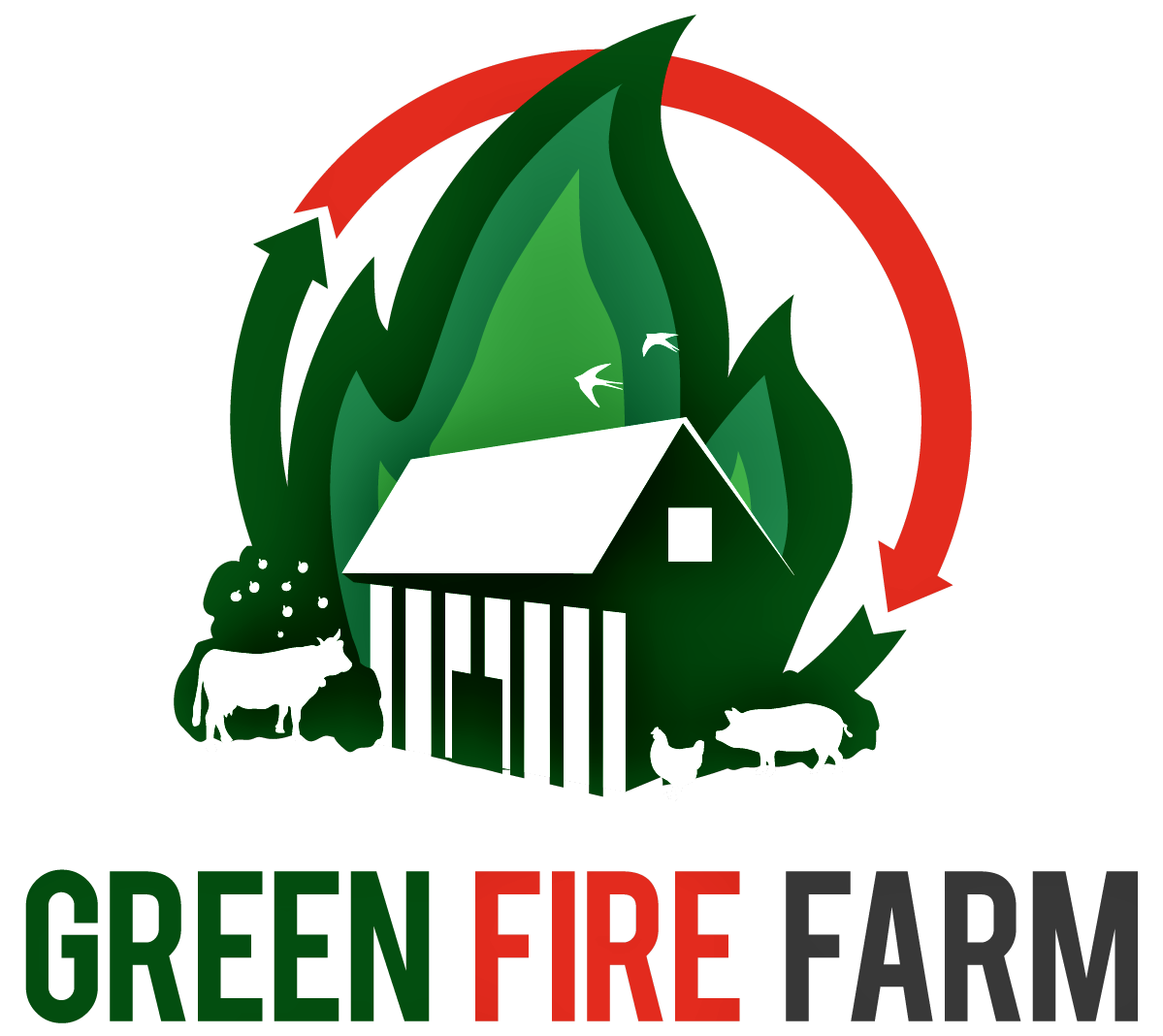 *This article was previously hosted on a UW-Madison connected website, but is currently offline. It was originally written by Lucas Marty (Jacob's younger brother), a graduate of UW-Madison, for one of his nutrition and wellness courses in 2015.*

Jacob Marty is a recent college grad. He found his calling while attending UW-Stevens Point. He recently returned home to his family farm, where he uses his college education as a way to impact the local community and environment while raising grass-fed beef in a sustainable way.

I’m 23 years old and just returned home to my family farm to start the transition of ownership from my father to myself. I grew up on a dairy farm that has been in our family since the 1850s, so I’ll be the sixth generation to live and work on the farm. I graduated in December [2014] from UW-Stevens Point where I studied wildlife ecology with an emphasis on research and management—with a focus on the ecosystem—and minored in biology and conservation biology. I have been full time on the farm since February, about seven months. 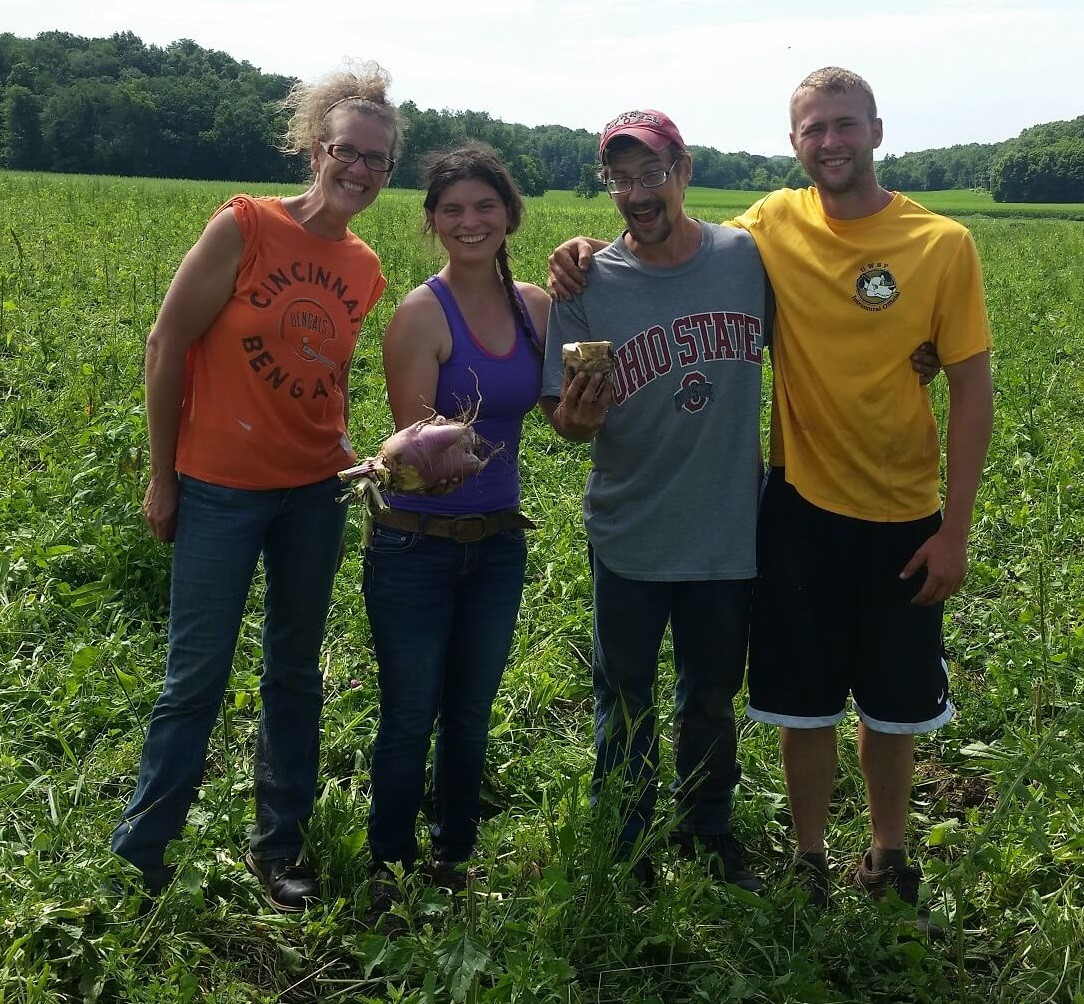 I grew up on the farm with my three brothers—one older and two younger ones. We didn’t really have chores that we had to do every single day. It was more if there was something that needed to be done, then whomever was around would help my father, with the preference being the oldest one to work. I helped milk cows when I needed to; drove tractor and the skid-loader to do field work off and on for my father. So I got a little bit of exposure but didn’t have to be relied on to have the farm function with me.

Growing up, I was really kind of turned off from farming. So when I graduated high school and went to college I really wasn’t planning on farming at all. I wanted to go and study endangered species and preserve habitat for them and help wildlife and mother nature’s health. When I was at school though, coming from an agricultural background with that context and way of thinking, I was really kind of looking for wildlife management. I always asked, “How do you manage wildlife on farms?” And there wasn’t much going on. No one had done many studies about it and there was not much—techniques or practices to go off of. I kept trying to figure that out and I was not getting much help from the institution so I had to research it a lot on my own.

I studied abroad in Copenhagen, Denmark, and there isn’t a lot of wildlife, but people try to make habitat with their own property. So I started to be influenced by that and by my junior and senior year, I was starting to consider farming. We had a barn fire four years ago that made me start thinking about the legacy of the farm and that we should keep it in the family and how I could contribute to that since, at this point, it doesn’t look like my siblings are at all interested in coming back to the farm. So it slowly started looking like there would be a fork in the road and I had to take one of two options, but then I found a way to comingle those two and come back to the farm while also managing and studying nature along with it. It would take me a long time in the wildlife field, and academia, research, so I kind of started to see that I might be better suited and could have a bigger impact earlier and in the long-term if I go farm and show people the way first hand.

We used to be a dairy farm, but I don’t want to milk because of the time commitments 24/7 every single day of the year, so I’m switching over to pasture based systems that focus on meat production: grass fed beef and grass finished beef, pasture raised pork, and pasture raised poultry products. Right now we have 56 cows, 7 pigs, 20 chickens, and I also have bees. I just started farming in February so this year was really the first step, baby steps, to get started and get our feet underneath us. But we are looking to expand considerably in the next few years.

Right now we have four hundred and ten acres on the farm and I manage fifty and my father manages the rest, but the plan is to slowly convert large amounts of field at a time to my grass-fed beef operation. My father has been farming for four decades, so he thinks that his way is the better and I think my way is better. Sometimes it is a burden to be trying to do multiple things from different ends of the spectrum, but overall the transition has been very good. My dad has been very helpful and willing to relinquish land to me and then also help me with my endeavors when I need it, but sometimes there is quite a bit of butting of heads.

A typical day starts at six or seven, sometimes later depending on time of the year. We’ll get up and do chores, which consist of feeding my father’s feedlot cattle and then I go and feed my pasture-raised animals. I move two fences for the cattle so that they have a new, fresh piece of grass field for the day, a 200 by 400 square foot lot, which equals a little less than two acres per day. Then, I go let the chickens out of their mobile coup in the pasture and then I will go and cut some forage for my pigs to eat and take that to them. We repeat that again in the afternoon. In between the times—say between 9 and 4 when you wouldn’t be doing chores—you can be working on other projects that help streamline and make yourself more efficient. For example, building mobile coups from old wagons or making water that is a little more automatic. That takes away the amount of work you have to do.

I don’t mind working seven days a week. I’ve gotten into a routine and it’s something I really enjoy and am passionate about. I’m a homebody now. I do get away because I can set up my system to function for a couple of days with a little bit of input from my father or someone else. Even if I leave for a day or a half- day, I just… I get homesick and farm sick if I’m not home to do that stuff.

The big part of my farm is the grass-fed beef system, which means the animals are raised out on pasture or a field and they are fenced in and feed themselves and spread their own manure. Really you allow the animal to do what it wants to do, which is eat, and give it a natural environment so that they do more of the work than you do. What I farm is grass. The animals are my tools to manage the grass and to make sure it’s growing at the optimal stage at all times. What I’m trying to mimic is natural grassland relationships that were here before humans really cultivated and colonized America. Specifically, it’s mimicking the bison and how they were living on the open prairies in America. Bison would be grazing throughout North America, but they would also be having a predator pressure—well I don’t want predator pressure—so I serve as a fake predator by fencing them a correct way. If they eat a lot and stay there, there isn’t much to eat, so they are constantly moving. Picture bison with their head down, moving miles a day constantly eating. Well for me, I am using cattle as a substitute for bison because they are easier to handle, they’re something that works better in our human made systems, but I’m trying to act as a wolf basically, not to scare them, but with fences to keep them moving constantly.

I have my pigs in a completely separate system right now. Next year the plan is that they’ll still be in a separate system but on the same land. I have them in a leader follower system. Both the pigs and the cows will function as the leaders. What they’ll do is graze off the grass and get the high energy forage off that, because I’m really trying to convert energy, proteins, and nutrients into meat that I can sell. So I want them to have the best stuff. Then I’ll follow chickens afterwards. Chickens are omnivores that like a lot of insects. They’ll eat some of the leftovers that the pigs and the cows miss, but really what the chickens are going to do is eat all the insects that now have fifty percent less places to hide and they’re exposed. Chickens will go and clean that through, but they will also eat a lot of pests, specifically flies that lay eggs in cow pies. I have them about three to four days behind the herds of cattle or pigs because then the growth stage of the larvae on the cow pies is at its optimal for harvesting by the chickens. 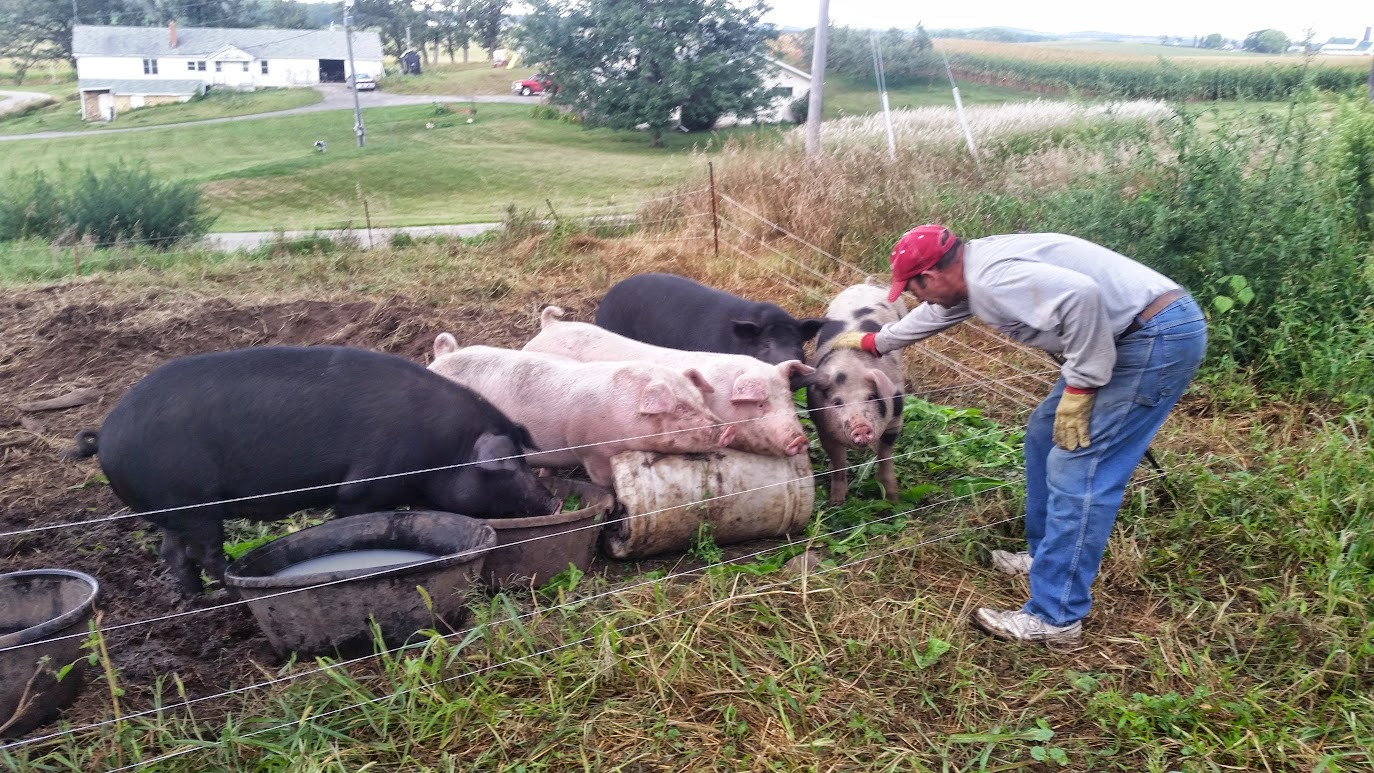 I’m concerned and take responsibility for the farm and its effect on the local environment and the global environment. On a local scale, I’m most worried about degradation of land; losing soil through erosion that will likely make its way to waterways and never be able to come back. I want to prevent contamination of the resources that my community and myself rely on, specifically the ground water. Everything relies on water. If the water in the environment is not safe or healthy, things that rely on it aren’t going to be either. On a more macro scale, I’m very concerned with climate change; specifically, global warming and how it may change weather patterns and produce more drought or wet years—not having as consistent of weather in the long-term—so that’s why I want to build a resilient system. A non-resilient or vulnerable system may be knocked out. It’s just like nature.

I like doing my part to take care of the environment, but my favorite thing to do on the farm is cut forage for my pigs. It is an early morning type of thing that is really relaxing and calming and not hard. There isn’t a lot of human, city-associated sounds—not a lot of traffic or things going on. The stars at night are awesome—just being out in the pasture where there are tons of birds, a lot of insects around, and butterflies. It really means a lot to me that monarchs, which are endangered, are out there. And it’s a system that I am providing for them. If everyone was doing that monarchs wouldn’t be endangered. 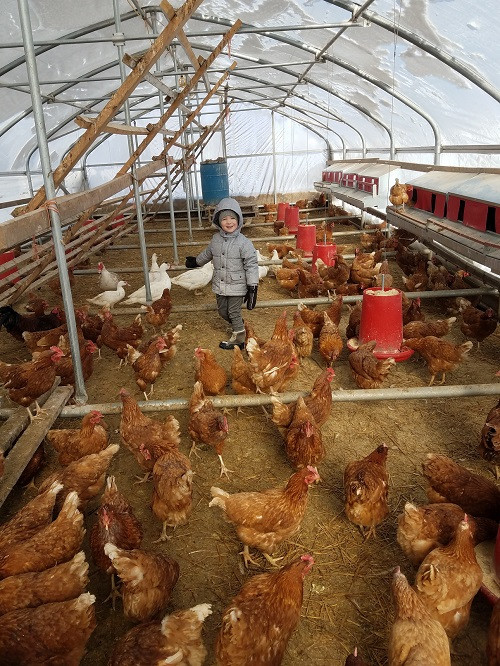 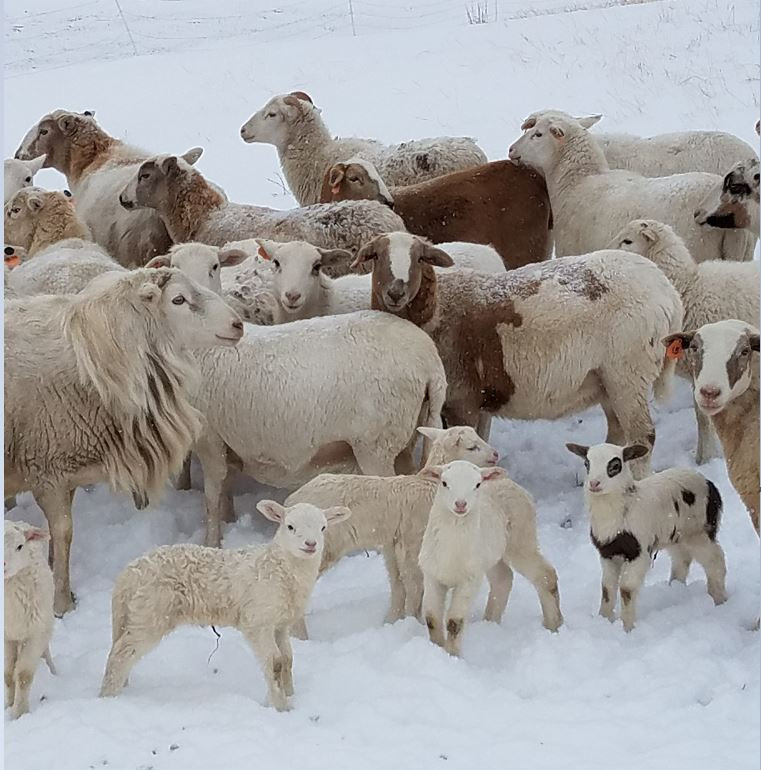