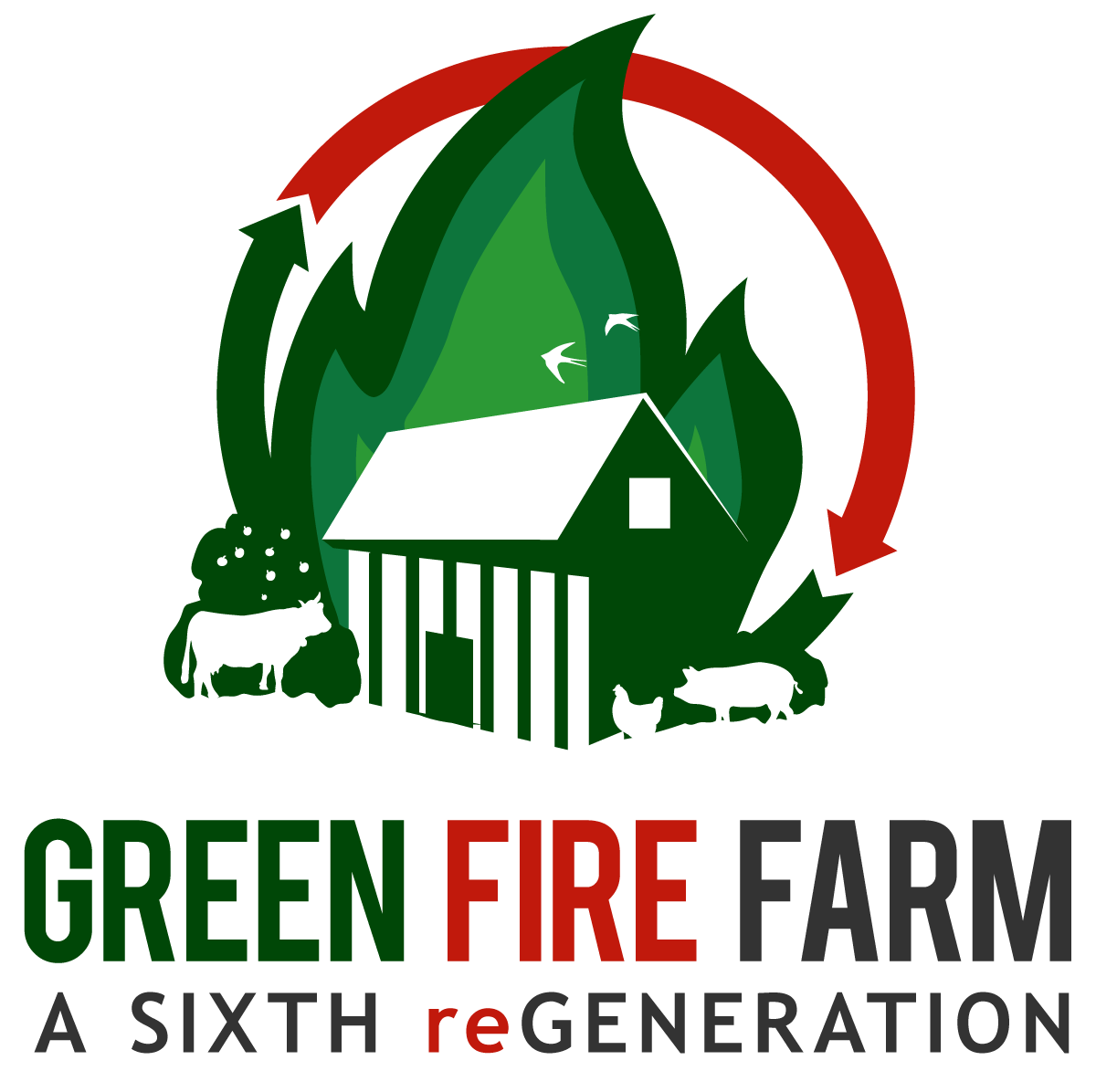 Farming is a roller coaster, every day, really. You never what's going to happen - which is one of the best parts of farming (depending on who you ask). This weekend proved to be full of those wonderfully perfect days that started up, dove down, flat-lined, then rose high above in the end.

It all began late Friday night. We were moving some new feed into the barn for the pigs. As we worked, though, we heard a high pitch squeal from the far end by the gilts (a female pig that has not yet given birth) and the sows (a female pig that has already had piglets). We walked over to discover, sure enough, 6 little piglets nestled against their mother. What a great surprise! We left them alone and returned to our duties before heading to bed for the night.

Saturday morning, we returned to the barn for chores and found it was actually 7 new piglets, not 6! Great news! We completed chores and pressed on. After a few hours, we went back and checked on them, but this time, found 2 of the piglets were away from the mother and other piglets. We do not keep our sows in farrowing crates; rather they are in an open pens flush with bedding, food, and water. They are usually kept with other pigs (pigs are very social creatures and can become depressed when isolated). We climbed in the pen and brought the 2 stray piglets back to their mother, thinking they had wandered away and couldn't find her again. However, when we picked them up and they squealed, the mother did nothing - not a good sign. Sows are generally very protective mothers and will respond instantly to their young squealing. When she found them beside her, she pushed them away from her and her other 5 piglets. She rejected them. They wandered away from her again. One nestled itself in bedding, another found warmth besides a different gilt.

Upon realization of the rejection, we felt a sadness kick in. These piglets would not make it through the day if they couldn't nurse. While it seems cruel and unnatural, it is actually quite common for mothers across the wild kingdom to reject or even eat excess offspring. The mother can only supply so much milk and nourishment. If she knows she can only support 5 piglets, she will reject the other 2 to ensure the 5 survivals. If she were to spread her limited supply among all 7, instead, she may not be able to keep any of them alive. By nature's laws, she is doing what is best for her offspring. Rats will do this, too, eating any excess offspring. Sheep will often reject triplet lambs, only supporting twins or sole lambs. Pandas who often have twins, will also reject the weaker of the two, and only nurse one cub. The list of examples goes on.

Surely, humans can interfere with this, and often do. Farrowing crates in conventional hog operations confine the mother to a small crate, in which she cannot move, so that her piglets can nurse off of her without risk of being trampled or rejected. However, there are trade-offs at cost to the pigs in this situation. She is never permitted out of her crate while she is nursing - she is trapped and isolated and prevented from having a natural relationship with her piglets. There is evidence that sows will sing to their piglets and nestle and kiss them. Surely confinement interferes with this relationship.

Accepting what fate would bring, we moved on with the day. We headed up to the sheep, only to find Henry (our livestock guardian dog) was acting strange. Over the last two days, he'd been oddly defensive of the sheep at the fence line that meets up with another group of pigs. We thought maybe since the piglets in that pen like to venture over and play with the lambs that he had become attached to them and was trying to protect them from their mothers. However, when we saw him this morning, we noticed blood on his head. Uh oh. Where did that come from? We walked around the side of the pen to see if he had attacked a lamb by some strange turn of events, but found quite the opposite! All of the sheep were crowded in the barn, but in the very back corner, there was a ewe, bloody, with not one, not two, but three lambs! Henry was on extra duty patrol because he had new vulnerable young to protect! We weren't sure when this ewe would lamb, let alone that she would have triplets.

However, concern, again, crossed our minds as one of the lambs wandered away, into the flock, seemingly lost and looking for its mother. Newborn babies need a special milk from their mother, called colostrum, in the first few hours of life in order to survive. The milk is packed with essential nutrients and antibiotics to help the babies prepare for their new world. As this little lamb wandered away, we wondered - will she reject this lamb? Will she only have enough milk to support two lambs? Do we need to interfere? We try to let the animals rule their lives as naturally as possible with minimal human interference - only when necessary do we interfere. After deliberation, we decided to add another panel into the barn, to separate the ewe and her new lambs from the rest of the flock so they had the best chance of bonding and nursing, without worry of being lost or trampled in the crowd of other sheep. Henry did a great job of watching us, monitoring the herd, and keeping look out for any potential predators while we worked. We left the ewe in peace with her lambs. We decided to let them be and would reassess the situation Sunday morning. 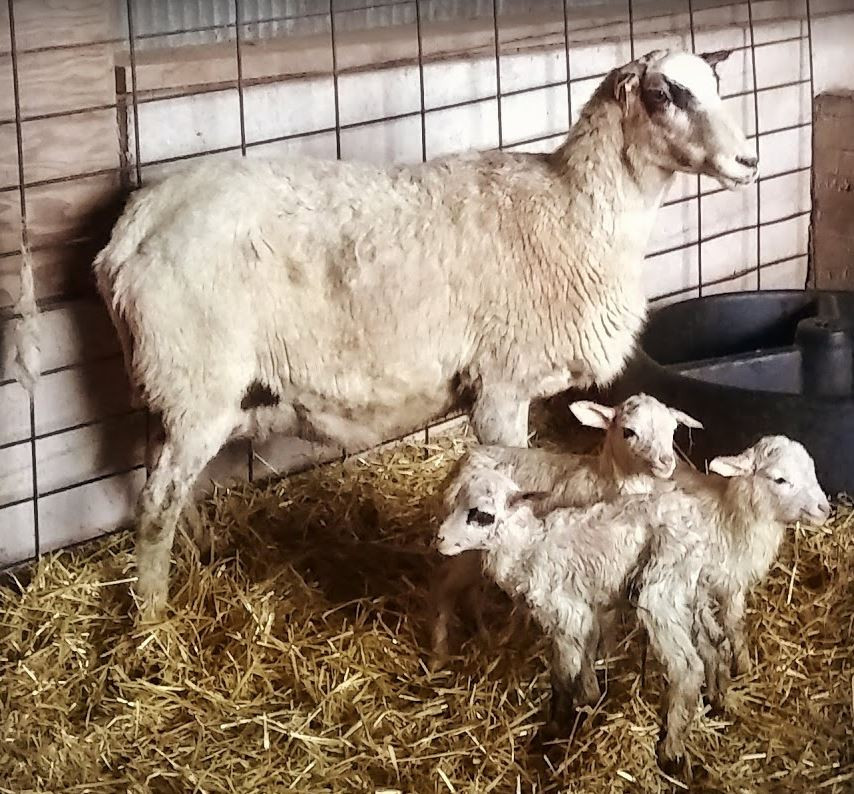 From here, we ventured down to the chickens, where the feel good continues. A month ago, one of our free range ducks was hit by a car as he crossed the road. Upon his injury, we transported him in a dog carrier up to a separate shed, where we fed and watered him back to health, away from any potential threats. Well, yesterday, we found him well back to health and decided to return him to the other ducks and chickens in the pasture coop. Sometimes, when new birds are introduced to a flock, they can be beat on by others, however, when we checked on him today, he was doing great! Waddling (slowly, but surely), eating, drinking, and socializing, no problem, which is great considering the car accident left him immobile and bloody in its initial damage. He's come back a long way with the right amount of TLC, ready to live a full and happy life. 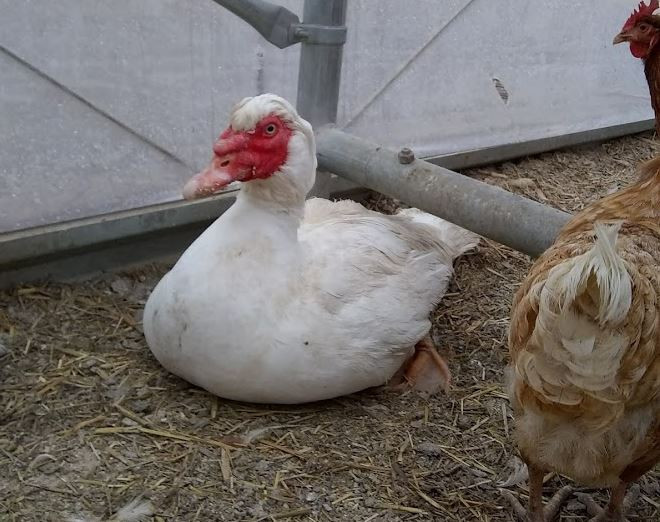 We knew the night was truly good when we did our last round of chores and checked in again on the piglets. Sure enough, the one that had nestled itself into the bedding was still - a sad loss for the farm. We looked back to the mother - her 5 piglets were nestled upon her, nursing, all doing well. Reason to smile, still. We looked up to locate the 7th piglet who had been nestling against a different gilt earlier in the day. Sure enough, it was there beside her, still. However, a second glance revealed it was not alone! She, too, had farrowed (gave birth) in the last few hours and had accepted her own 4 piglets, in addition to the day old rejected piglet. What a wonderful plot twist! The gilt somehow knew she would have room to take the rejected piglet, and did. It was absolutely heart warming to witness! 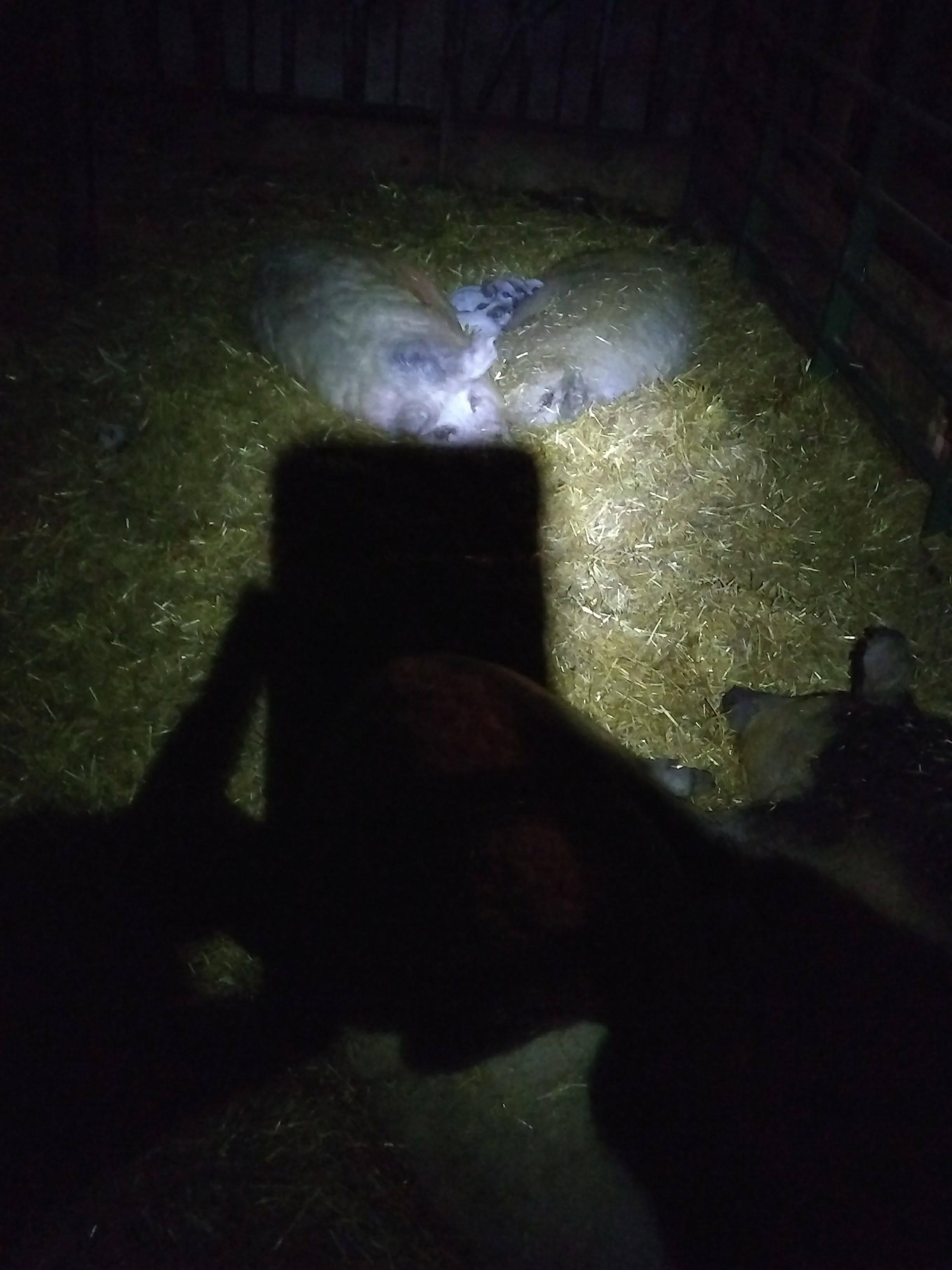 The 1st litter was nestled by the sow in the bottom right corner of the picture, but a late night check in revealed the 2nd litter in the top of the picture.

The madness seemed to continue on Sunday. The ewe had rejected two of her lambs. They were alone in the corner and when we brought them to her, she pushed them away. She had decided she was only going to nurse the one remaining lamb, so we decided to interfere. We brought down the two lambs and bottle fed them. Triplets are naturally born weaker and smaller, and so, take more care to rear than a single lamb. With the extra TLC, the two lambs began to improve and hopes looked up! 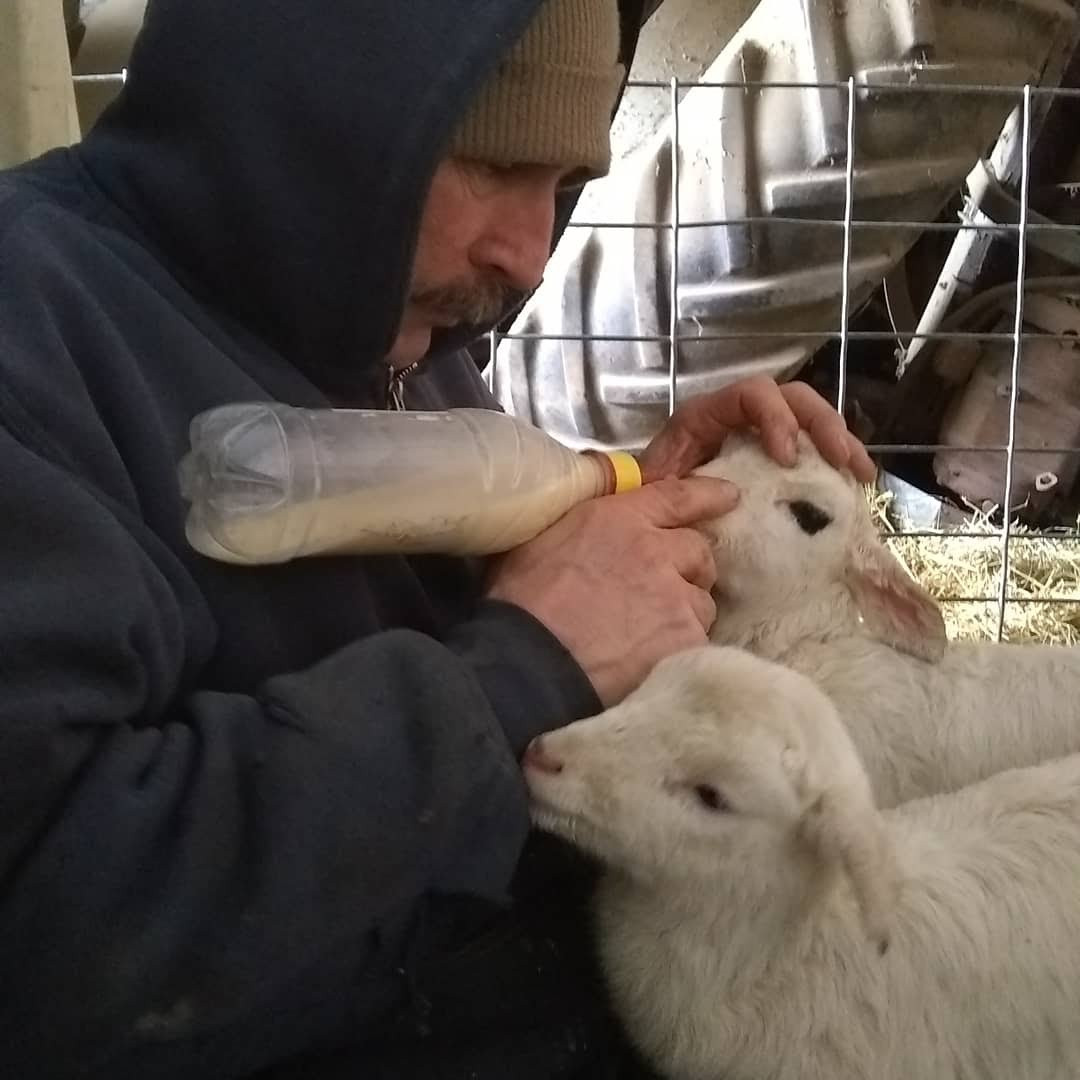 When we went to walk Freyja Sunday afternoon, we paused, looked up and scanned the horizon - teaching her to guard, but in doing so, saw a small dark dot in the cow pasture. Sure enough, behind it, a cow was cleaning up afterbirth. Our first calf of the season! Again, more excitement! But, again, the down that follows - the cow had birthed by the fence line and while she cleaned up the afterbirth, the calf got up and walked away - under the wire and down the pasture where mom wouldn't be able to retrieve it. So, we finished our work with Freyja and headed around the pasture to the calf. We checked to make sure it was well - it was. We picked it up, carried it in the gator (our work vehicle, similar to a golf cart) to its mother across the wire. She was eager to see her calf again and the two united just fine for the rest of the evening. A great relief! 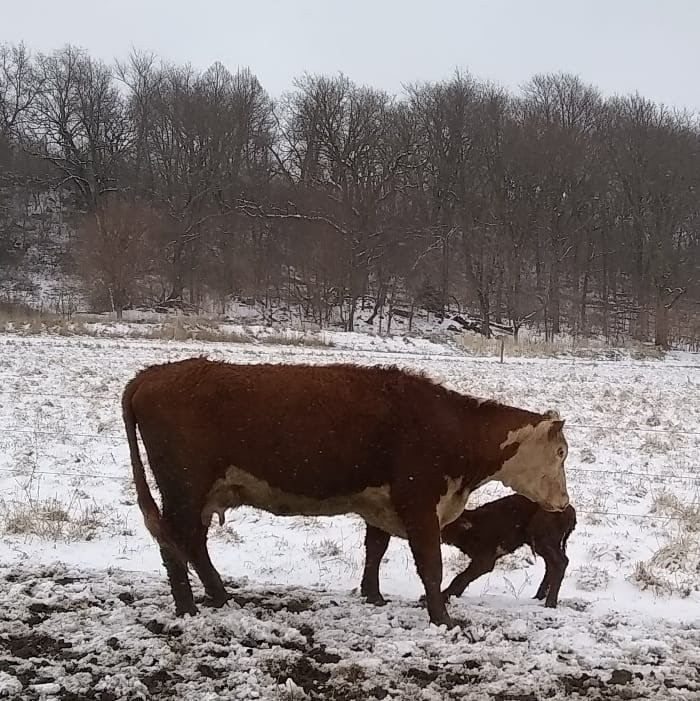 Stay tuned for more great news from the farm. Lessons learned from it all: things are not always as they appear. With time, patience, and a little faith, everything can turn around in just a few moments time. 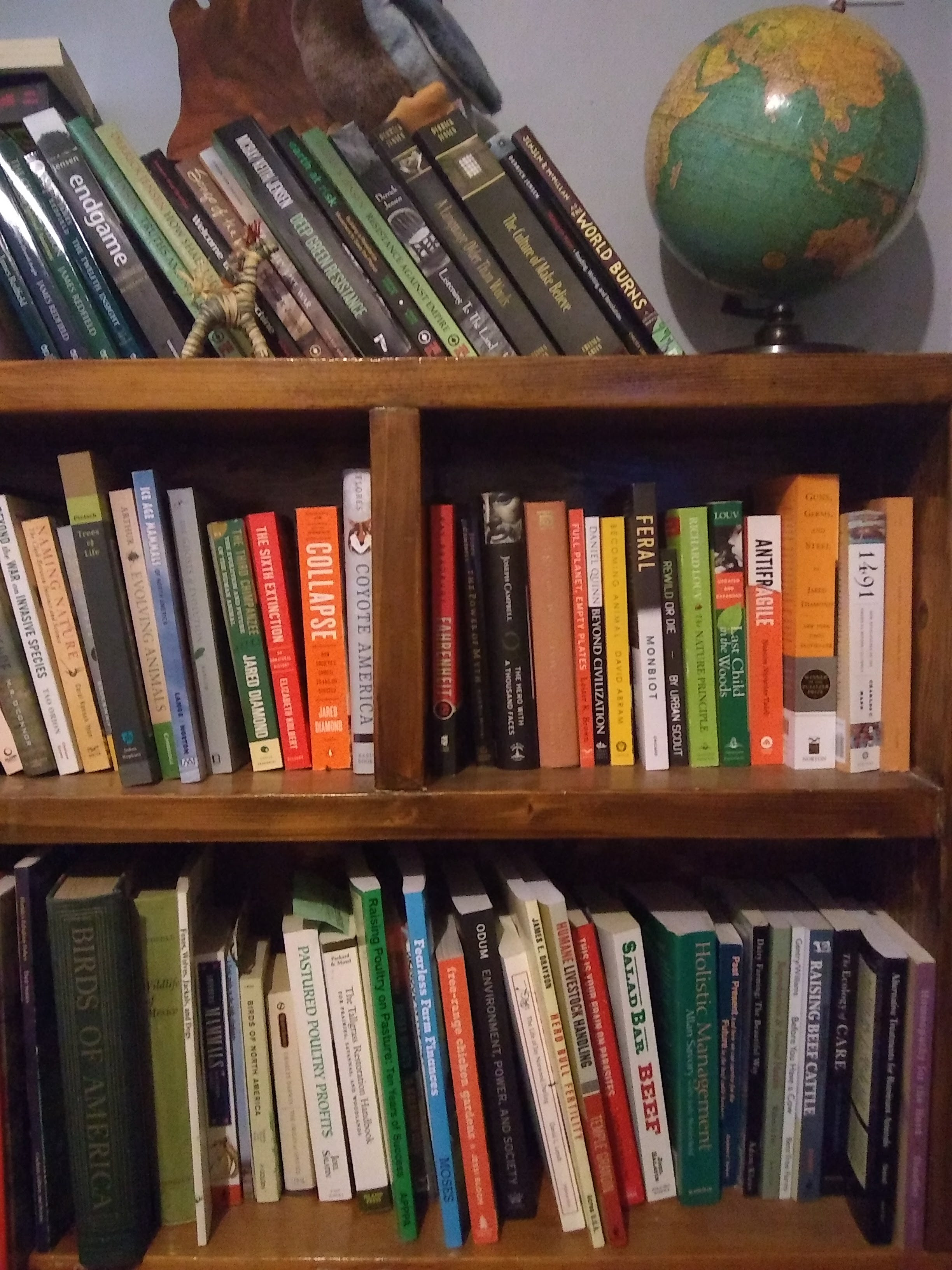 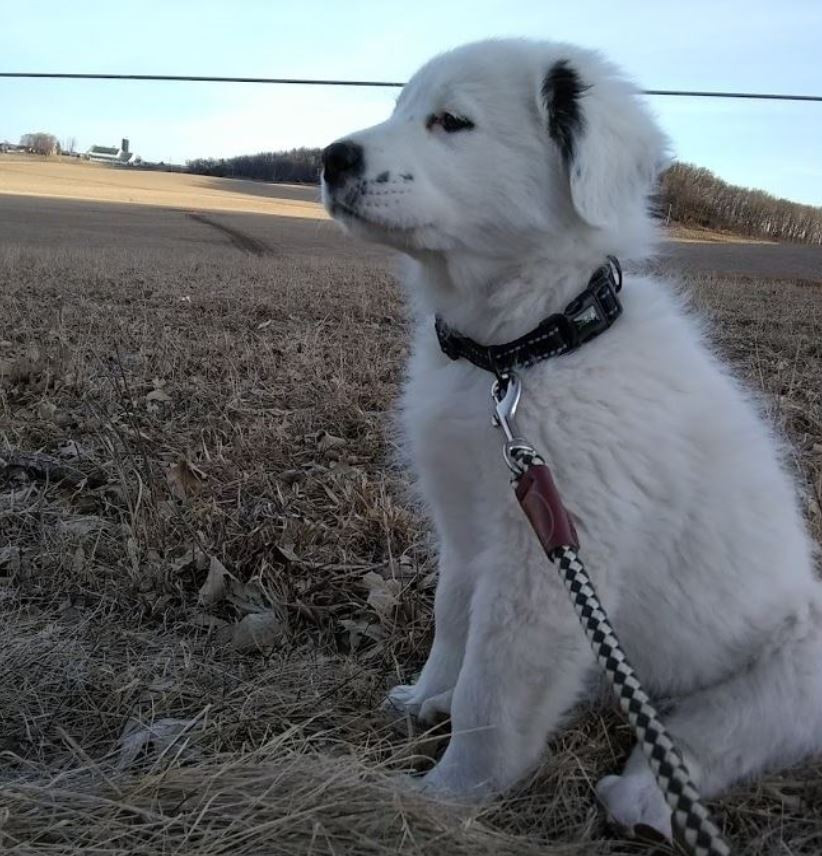 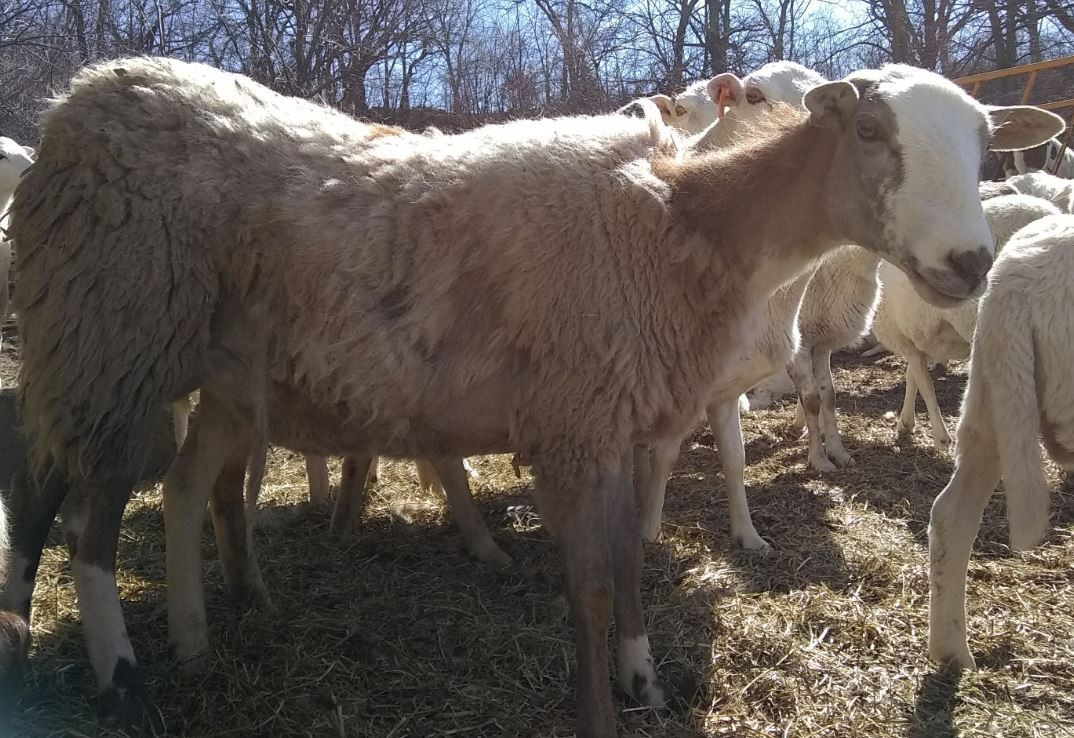